FROM THE PROVOST (GRADUATE UNIT) 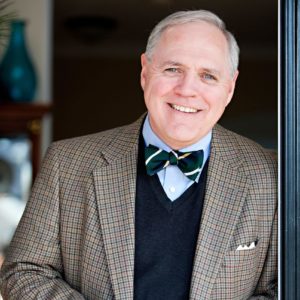 The day after the capital building of the United States was breached by rioters, when anarchists sat down in the chair of the Senate President and gaveled his illicit presence, and when an innocent woman was killed in the madness and mayhem of the irredeemable moment, it is not time to seek political solutions or to seek procedural remedies — or, for that matter to assign blame (other than to arrest and convict those hooligans who disregarded the restraining laws that protect the innocent and ensure democracy). It is time for only one thing, to seek the God who covenanted with the pilgrims, our national and spiritual forebears, who came to these beautiful shores and declared that we would be a light to the world and a nation where the gospel of Jesus Christ could be advanced. Where people live in the freedom that is derived from our divine rights as image-bearers of Almighty God. Christianity also guarantees the free exercise of faith for all men and women and their families.

What does the Bible say about times such as these? Let’s look at Jehoshaphat in the Old Testament. Jehoshaphat was a good king in a line of bad ones. Though he had succumbed to enormous riches for a season, the king’s dormant faith was ignited in the face of the assault of enemies of God. So, what did King Jehoshaphat do? What did the people do? When the southern kingdom of Judah witnessed the unthinkable: her mighty defenses broken: they gathered in the temple to seek Almighty God. The Bible records those who were there:

“Meanwhile all the men of Judah, with their wives and children and little ones, were standing before the LORD” (2 Chronicles 20:13).

When we get to the end of our rope we come to the beginning of God‘s salvation. So it was on that day. Jehoshaphat gave a public prayer indicative of the heart of a man who knows the only answer is from heaven:

“O our God, will you not execute judgment on them? For we are powerless against this great horde that is coming against us. We do not know what to do, but our eyes are on you” (2 Chronicles 20:12).

Such a prayer has been made by God’s people before:

My eyes are always on the LORD, for He will free my feet from the mesh.—Psalm 25:15;

The prayer of Jehoshaphat in front of his people to Almighty God remains a testimony and a guide for authentic biblical leadership in the face of adversity. The prayer was simple. The appeal was authentic. The answer was forthcoming! The city gate was rattling in anticipation of a wave of enemies swarming the city. The Amorites and Moabites would be merciless. With her security walls breached, and even when they had been disobedient, even when they had strayed, they knew they needed to return to God.

2 Chronicles 20:12 records the remarkable response of Jehoshaphat On that fateful day with the kingdom of Judah featured on total destruction. The king gathered the people in the temple for public prayer. Verse 12 could very well be the simple but profound cry of the hungry heart knowing not what to do but trusting in God:

“O our God, will you not execute judgment on them? For we are powerless against this great horde that is coming against us. We do not know what to do, but our eyes are on you.”

One commentator wisely summarized this remarkable event: “This main lesson was that the chosen people should not look for protection against their enemies either to foreign alliances or to their own military strength, but solely to the grace and omnipotence of Jehovah.” The expository message is clear to us today: when we come to the end of our rope we must return to God for our salvation.

There will be many voices in the coming days telling us to seek the wisdom of political maneuvering, the necessity of reform, and the need for unity. All of these things are good and should be considered. However, they should not be our first response.

And shall we wait upon those who do not know God to lead us? Nay. Let those of us who follow the living God fall on our faces before him and say we do not know what to do but will turn our eyes to him and trust.

The king told the people they would not have to fight the battle for God would do it for them. God saved the Hebrews on that day. I believe that if we turn to God with all of our hearts and all of our souls and all of our minds and we admit our weakness, confess our sins, and say, “Lord, we just do not know what to do. But our eyes are on you;” then will God hear. Then like the Israelites who lifted up their eyes in the desert to the serpent on a pole raised by Moses and were healed, we look to the cross of Christ and we too will be healed and saved forever. But following God is not just for the hereafter. Following God is for today. Following God in every area of life is the call of every man and woman.